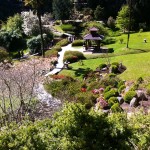 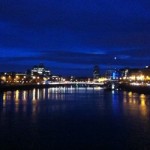 On 30 October 2014, Ursula Tipp appeared as a panellist on “Tonight with Vincent Brown”. Other panel members included Arthur Beesley, Fine Gael TD Dara Murphy and Tobias Thieler of UCD. The discussion concerned the controversial establishment of Irish Water and the issue of the implementation of Water Charges. Ursula provided an insight into the comparison of the administration of Water Charges throughout Europe. 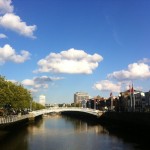 On 14 October 2014, Budget 2015 was introduced by the Government. The existing rate of corporation tax was preserved at 12.5% on trading income; therefore Ireland remains an attractive location for global foreign direct investment.

On 7 October 2014, Ursula Tipp attended the inaugural meeting of the Irish-Austrian Business Forum. The Forum in the Shelbourne Hotel, Dublin was opened by the President of Austria, Dr Heinz Fischer, and the Irish Minister for Foreign Affairs and Trade, Charlie Flanagan. The Irish Austrian Business Forum was hosted by Advantage Austria, the Austrian state body with responsibility for trade promotion and for attracting foreign direct investment to Austria. Purpose of the Forum was to highlight business opportunities in both countries.

Guest Appearance on the People’s Debate with Vincent Browne 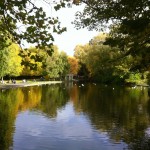 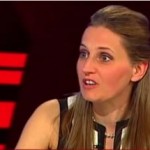 Ursula Tipp discussed with the panel the speeches given by world leaders on the anniversary of the beginning of the First World War. The other members of the panel were John Bruton (former Irish Taoiseach), Robert Ballagh (Artist), Donal Buckley (Retired Captain, Irish Defence Forces) and Brian Hanley (Historian). 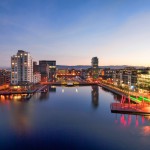 Tipp McKnight and its partners ranked in Chamber & Partners 2014

Michael O’Connor and Ursula Tipp of Tipp McKnight Solicitors are ranked among the top lawyers by the Global and European Editions of Chambers & Partners 2014, along with the firm Tipp McKnight itself.

Ursula Tipp is ranked as one of the four top German Tax experts based abroad in the Global edition and also ranks in Band 3 of Irish tax experts, where she is described as “highly regarded for her expertise in German tax law” and “is currently the Vice-President of the German – Irish Lawyers and Business Association.”

Click here for Ursula’s page and here for Michael’s. 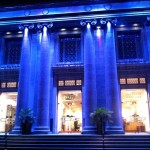 On 16 June 2014, on the TV show “Tonight with Ivan Yates”, Ursula and other guests discussed Ireland’s tax system.

Ursula pointed out the dangers which corporation tax increases pose to Ireland’s status as an investment location and to domestic employment, citing an OECD study which showed that for every 1% increase in the corporation tax rate, a corresponding 3.7% reduction is triggered in foreign direct investment.